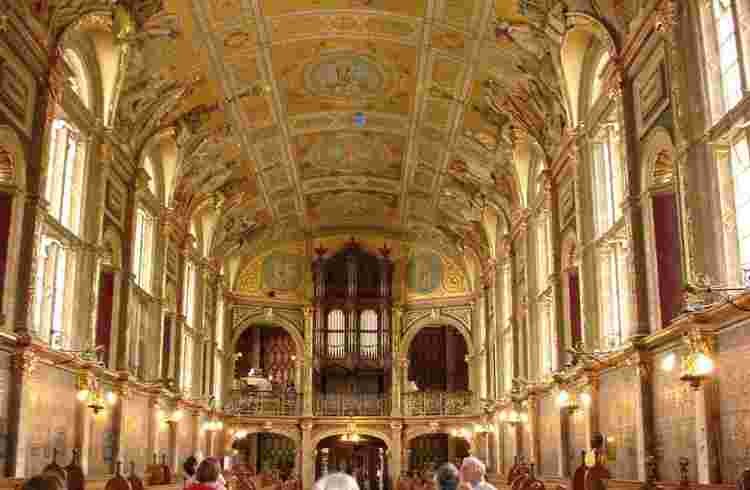 The beautiful gilded chapel includes sculptures by Ceccardo Fucigna and a fine 3-manual organ. The Chapel is non-denominational and there are a variety of services and events held including Choral Evensong from the 1662 prayerbook, Compline and Catholic masses, with music usually playing a central role. Royal Holloway is also the only university that still maintains a tradition of sung morning services.

The Collection of paintings was to provide an essential element for the fulfilment of Holloway's ideal of a first-rate educational establishment. The importance he placed on the Collection illustrates a typically Victorian belief in art as the ultimate civilizing influence. Like literature, art could teach; not only in the obvious sense of portraying a moral lesson, or illustrating an edifying text; but, in its own unique and inimitable way, through the medium of visual beauty. A picture collection of the first quality would add the ultimate refinement to a programme of education for young ladies.

Heedless of cost, and using the only criterion he understood — his own judgement — Holloway made his selection, with the aid of his brother-in-law George Martin, almost exclusively from Christie's sales' catalogues. All but five of the pictures were acquired in this way, and only once is Holloway known to have been outbid. A considerable furore arose in the press in protest against the artificially high prices which his methods stimulated, and against the fact that it was the dealer rather than the artist who benefited. But like other self-made Victorian collectors of little education, Holloway was wary when purchasing pictures. A sound provenance was crucial to him; and he felt that this was more likely to be provided by the major dealers and auctioneers than by private vendors.

The quads were typically those places you passed through when travelling from one part of Founders to another but they also provided a venue for the occasional event such as a poetry reading or summer tea. 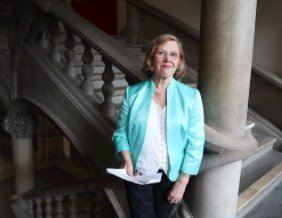